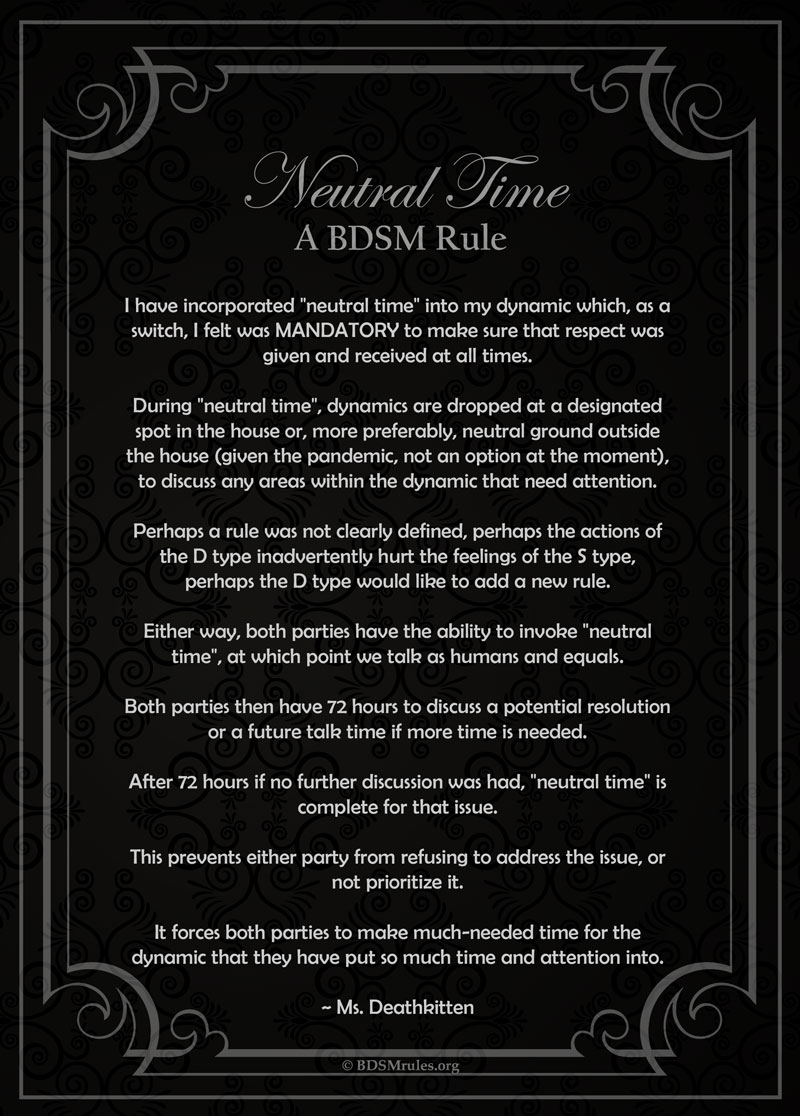 I have incorporated “neutral time” into my dynamic which, as a switch, I felt was MANDATORY to make sure that respect was given and received at all times.

During “neutral time”, dynamics are dropped at a designated spot in the house or, more preferably, neutral ground outside the house (given the pandemic, not an option at the moment), to discuss any areas within the dynamic that need attention.

Perhaps a rule was not clearly defined, perhaps the actions of the D type inadvertently hurt the feelings of the S type, perhaps the D type would like to add a new rule.

Either way, both parties have the ability to invoke “neutral time”, at which point we talk as humans and equals.

Both parties then have 72 hours to discuss a potential resolution or a future talk time if more time is needed.

After 72 hours if no further discussion was had, “neutral time” is complete for that issue.

This prevents either party from refusing to address the issue, or not prioritize it.

It forces both parties to make much-needed time for the dynamic that they have put so much time and attention into.