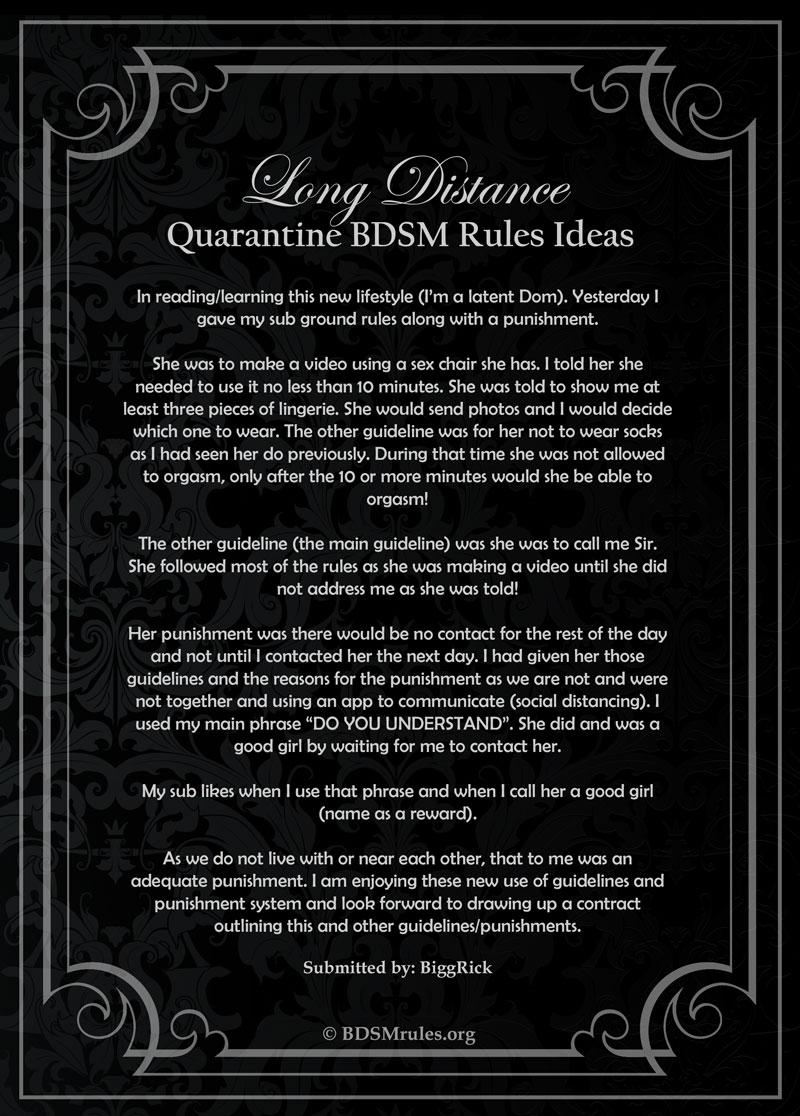 In reading/learning this new lifestyle (I’m a latent Dom). Yesterday I gave my sub ground rules along with a punishment.

The other guideline (the main guideline) was she was to call me Sir. She followed most of the rules as she was making a video until she did not address me as she was told!

Her punishment was there would be no contact for the rest of the day and not until I contacted her the next day. I had given her those guidelines and the reasons for the punishment as we are not and were not together and using an app to communicate (social distancing). I used my main phrase “DO YOU UNDERSTAND”. She did and was a good girl by waiting for me to contact her.

My sub likes when I use that phrase and when I call her a good girl (name as a reward).

As we do not live with or near each other, that to me was an adequate punishment. I am enjoying these new use of guidelines and punishment system and look forward to drawing up a contract outlining this and other guidelines/punishments.